Home / Blog / Web Development / PHP / PHP References: How They Work, and When to Use Them

References are a very useful part of PHP and, for that matter, most other programming languages. However, references can be somewhat confusing when you first start learning about them.

This tutorial is a gentle introduction to references in PHP. You find out what references are, and how they work. You learn how to create and delete references, as well as pass references to and from functions. You also explore some other uses of references, and discover situations where PHP creates references automatically on your behalf.

What exactly is a reference, anyway?

A reference is simply a way to refer to the contents of a variable using a different name. In many ways, references are like file shortcuts in Windows, file aliases in Mac OS X, and symbolic links in Linux.

An easy way to create a reference is known as assigning by reference. Consider the following simple example:

Here we’ve created a variable, $myVar, and given it a value of “Hi there”. Then we’ve assigned that value to another variable, $anotherVar. This copies the value from the first variable to the second.

We then changed the value stored in $anotherVar to “See you later”. Since the 2 variables are independent, $myVar still keeps its original value (“Hi there”), which we then display in the page. So far, so good.

Now, let’s change the above example to assign $myVar to $anotherVar by reference, rather than by value. To do this, we simply put an ampersand (&) after the equals sign:

Now you can see that $myVar‘s value has also changed to “See you later”! What’s going on here?

Note that we could have changed the value of $myVar to “See you later” instead of changing $anotherVar, and the result would have been exactly the same. The 2 variables are, in effect, identical.

When you unset a reference, you’re merely removing that reference, not the value that it references:

The value remains in memory until you unset all references to it, including the original variable: 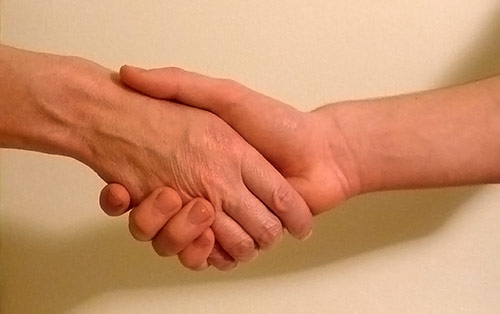 References really come into their own when you start passing them as arguments to functions. Normally, when you pass a variable to a function, the function receives a copy of that variable’s value. By passing a reference to a variable, however, the function can refer to — and, more importantly, modify — the original variable.

To pass an argument by reference, you place an ampersand before the parameter name when you define the function:

Now, whenever you call myFunc() and pass a variable to it, PHP passes a reference to the variable, rather than the variable’s value.

Let’s look at a simple example of passing by reference:

Here we created a function, goodbye(), that accepts a reference to a variable. The reference is stored in the parameter $greeting. The function assigns a new value (“See you later”) to $greeting, which changes the value stored in the variable that was passed to the function.

We test this out by creating a variable, $myVar, with an initial value of “Hi there”, and calling goodbye(), passing $myVar by reference. goodbye() then changes the value stored in $myVar to “See you later”.

So, use pass-by-reference whenever you want a function to change a variable that’s passed to it. Simple!

By the way, don’t be tempted to put an ampersand before the argument name in your function call:

The ampersand before the parameter in the function definition is sufficient to pass the variable by reference.

Many built-in PHP functions use pass-by-reference. For example, the sort() function accepts a reference to the array to sort, so that it can change the order of the elements in the array.

As well as passing references to functions, you can return references from functions. To do this, place an ampersand before the function name when you define the function. You should also use assign-by-reference (=&) when assigning the returned reference to a variable, otherwise you’ll merely assign the value, not the reference. Here’s an example:

Another handy use of references is to change values in an array when using a foreach loop. With a regular foreach loop, you’re working with copies of the array values, so if you change a value you’re not affecting the original array. For example, let’s try to change an array of band names to uppercase with a foreach loop:

The above example displays:

Our code now runs as intended, producing this:

Another way to change array values in a loop is to use a for loop instead of foreach.

When references are used automatically 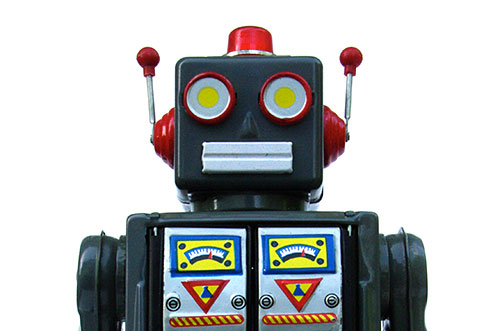 So far you’ve looked at 4 ways to create references explicitly:

In addition, there are occasions when PHP automatically creates references for you. Most of the time you won’t care, but it can be useful to know this stuff!

When using the global keyword

does the same thing as:

When you use the $this keyword within an object’s method to refer to the object, then it’s worth remembering that $this is always a reference to the object, rather than a copy of it. For example:

Since $this is a reference to the object in the above example, the method is able to change a property within the object to a new value.

When passing objects around

Unlike other types of variable, whenever you assign, pass, or return an object, you’re passing a reference to the object, not a copy. This is usually what you want to happen, since the function or method you pass an object to usually needs to work on the actual object, not a copy of it. For example:

In the few situations when you do actually want to make a copy of an object, you can use the clone keyword.

In this tutorial you’ve learned the fundamentals of variable references in PHP. You’ve explored assigning, passing, and returning variables by reference; learned how to use references to change array elements in a foreach loop; and looked at situations where PHP creates references for you automatically.

If you’d like to learn more, check out the References Explained section of the PHP website. Have fun! 🙂