Home / Blog / Web Development / PHP / PHP Functions / PHP Anonymous Functions: What Are They, and Why Use Them?

In this tutorial you’ll explore anonymous functions in PHP. Anonymous functions are a PHP feature that you probably won’t use that often; however, they can be really useful in certain situations, as you’ll see.

You’ll look at the following concepts in this tutorial:

Ready to dive into anonymous functions in PHP? Let’s go!

As you probably know, you define a regular function in PHP like this:

When you define a function, you give it a name (myFunctionName in the above example). PHP then lets your code refer to this function using its name. For example, you can call your function like this:

Anonymous functions are similar to regular functions, in that they contain a block of code that is run when they are called. They can also accept arguments, and return values.

There are two subtle but important differences between the above example and a regular function definition:

While the above code is perfectly valid, it isn’t very useful. Since the anonymous function has no name, you can’t refer to it anywhere else in your code, so it can never be called!

However, since an anonymous function is an expression — much like a number or a string — you can do various handy things with it. For example, you can:

You’ll explore these three techniques in the rest of this tutorial.

When you define an anonymous function, you can then store it in a variable, just like any other value. Here’s an example:

Once you’ve done that, you can call the function using the variable’s name, just like you call a regular function:

This produces the output:

You can even store several functions inside an array, like this:

Once you’ve done that, your code can decide which function to call at runtime. For example, it could call a function at random:

array_map() works on a copy of the array you pass to it. The original array is untouched.

Here’s how you might use array_map() with a regular callback function:

This code creates a regular function, nameToGreeting(), that takes a string, $name, uppercases the first letter, prepends "Hello ", and returns the result. Then, on line 8, the code passes this callback function to array_map(), along with an array of names to work with, and displays the result:

While this code works, it’s a bit cumbersome to create a separate regular function just to act as a simple callback like this. Instead, we can create our callback as an inline anonymous function at the time we call array_map(), as follows:

This approach saves a line of code, but more importantly, it avoids cluttering up the PHP file with a separate regular function that is only being used as a one-off callback.

Another common use of callbacks is with PHP’s usort() function. This function lets you sort arrays using a sorting callback function that you write yourself. This is particularly handy if you need to sort an array of objects or associative arrays, since only you, as the coder, know the best way to sort such complex structures.

Now, say we want to sort the array in ascending order of age. We can’t use the regular PHP array sorting functions, since these don’t know anything about the age key. Instead, we can call usort() and pass in an anonymous callback function that sorts the array by age, like this:

This produces the result we want: 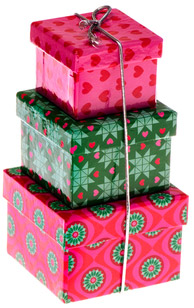 Another common use of anonymous functions is to create closures. A closure is a function that retains access to the variables in its enclosing scope, even if that scope has since disappeared.

Closures can be difficult to get your head around at first, but once you grasp the concept, they let you write clean, powerful and flexible code. Let’s look at a couple of examples of closures to make things clearer.

Let’s walk through this code:

That, in a nutshell, is how you create a closure in PHP. It’s a trivial example, but the important point to note is that the returned anonymous function can still access its enclosing function’s $timeOfDay local variable, even after the enclosing function has finished running.

Now that we’ve seen how to create a closure, let’s look at a common practical use for them.

When you pass a callback function to the PHP usort() function, and usort() calls your callback, the callback receives the two arguments passed to it by usort() — that is, the two values in the array to compare.

But what if you wanted your callback function to receive extra information? For example, taking our usort() example from earlier in the article, we might want to pass an additional $sortKey argument to our callback to tell it which key it should use for sorting the array ("name" or "age").

However, usort() — not us — calls our callback. Since it’s called within usort()‘s scope, we don’t have a chance to pass additional arguments to the callback at the time it’s called.

Closures to the rescue! By returning our callback function from inside another function and creating a closure, we can get the outer function to accept $sortKey as a parameter, then pass $sortKey to the callback inside the closure. Here’s the complete code:

This code displays the expected output:

Let’s walk through this code to see how it works:

You can use this trick any time you need to pass additional data to a callback function.

Closures are quite a broad and subtle topic. If you’re not familiar with them, check out the following good articles on anonymous functions and closures in PHP and closures and lambda functions, which explain in detail exactly what a closure is (and isn’t).

In this tutorial you looked at anonymous functions in PHP, and saw how to use them in various situations. You learned:

I hope you found this tutorial helpful, and that you now feel confident creating and using anonymous functions in your PHP code. Have fun!